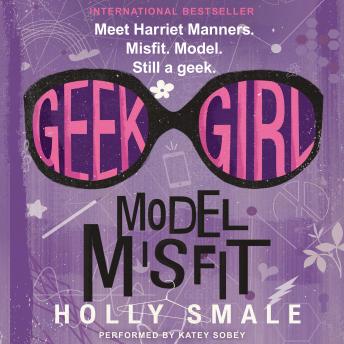 You can make a geek a model, but you can't make her chic. More hilarity and high fashion await in the second book in the internationally bestselling Geek Girl series!

Harriet Manners is a model—but she feels even less popular and more awkward than she did when she was just a geek. So a summer modeling job in Japan sounds like the perfect vacation, even if she has to bring along her crazy grandma Bunty, and even if she might run into Nick, her gorgeous supermodel ex-boyfriend. No one is going to ruin Harriet's fabulous Tokyo adventure—unless she accidentally ruins it herself. . . .