Generation Robot: A Century of Science Fiction, Fact, and Speculation 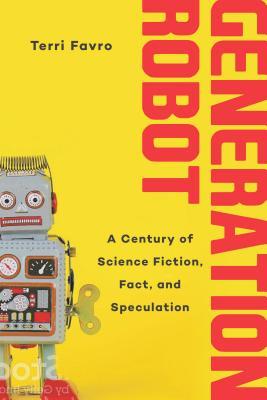 A history of robotics and technology told from Terri Favro's experiences growing up with robots on TV to today's technological realityFor fans of Mary Roach and Jon Ronson, written from the point of view of the late-boomer generation known as Generation Jones (born 1954 to 1962)Covers a century of science fiction, fact, and speculation-from the 1950 publication of Isaac Asimov's I, Robot, to the release of Tesla's self driving car, to the 2050 Singularity when artificial and human intelligence is predicted to mergeGeneration Robot addresses hard science, technological innovation, and pop-culture in a fun and accessible voice that will appeal to a wider readership, not just for serious scientific readersTerri Favro has published several works of science fiction in Canada, this is her non-fiction debut

Generation Robot: A Century of Science Fiction, Fact, and Speculation