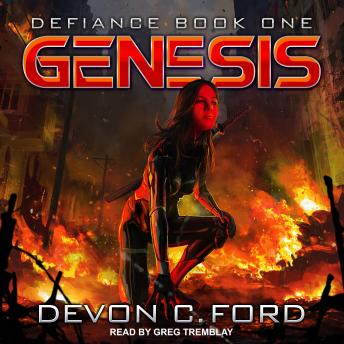 In the wasteland, only power matters.

The world is in ruins. Scattered pockets of humanity rule over their own territory, and by the 24th century, a merciless political group known as the Party has seized control of the nation through military force.

Party soldiers patrol the streets around the clock, and the citizens are watched day and night by cameras and drones. Freedom is dead, but from the darkness comes a glimmer of light-a hope of overthrowing the vicious regime.

The perfect soldier has been created. Now, it is up to the young members of Project Genesis to take the fight to the Party. But the Party have their own secret projects lying in wait, ready to counter this new threat.