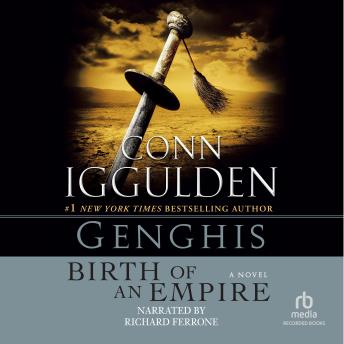 Genghis: Birth of an Empire

From the author of the bestselling The Dangerous Book for Boys Genghis Khan was born Temujin, the son of a khan, raised in a clan of hunters migrating across the rugged steppe. Shaped by abandonment and betrayal, Temujin endured, driven by a singular fury: to survive in the face of death, to kill before being killed, and to conquer enemies who could come without warning from beyond the horizon. Through a series of courageous raids, Temujin's legend grew until he was chasing a vision: to unite many tribes into one, to make the earth tremble under the hoofbeats of a thousand warhorses, to subject all nations and empires to his will.

Genghis: Birth of an Empire

This title is due for release on January 25, 2019
We'll send you an email as soon as it is available!