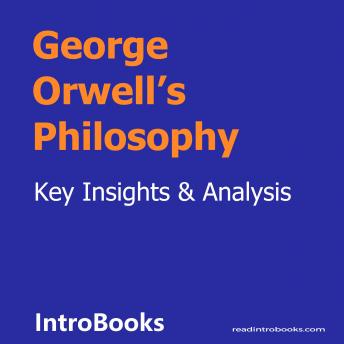 Eric Arthur Blair alias George Orwell was born on 25th June 1903 and died on 2t1 January 1950 was an English writer and essayist, critic, and journalist. His work is characterized by a concise writing, sharp social critique, and resistance to totalitarianism and vocal support for democratic socialism.

Orwell had created literary analysis and poetry, polemical journalism, and fiction as a writer; and is best remembered for the dystopian novel Nineteen Eighty-Four (1949) and the allegorical novel Animal Farm (1945). His non-fiction novels, such as The Road to Wigan Pier (1937), describing his conception of working-class living in northern England, and Homage to Catalonia (1938), an account of his work experiences as a soldier for the Spanish Civil War Republican contingent (1936–1939), is as critically regarded as his essays on language and culture and politics and literature. He was ranked second by The Times in 2008 among The 50 finest British authors since 1945.