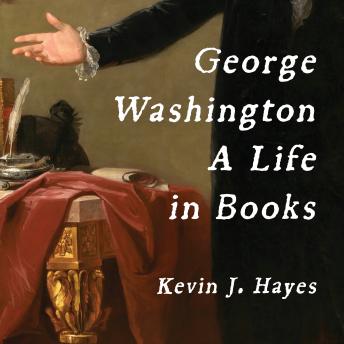 George Washington: A Life in Books

When it comes to the Founding Fathers, Thomas Jefferson, Benjamin Franklin, and Alexander Hamilton are generally considered the great minds of early America. George Washington, instead, is toasted with accolades regarding his solid common sense and strength in battle. Indeed, John Adams once snobbishly dismissed him as 'too illiterate, unlearned, unread for his station and reputation.' Yet Adams, as well as the majority of the men who knew Washington in his life, were unaware of his singular devotion to self-improvement.

Based on research at the Library of Congress, the collections at Mount Vernon, and rare book archives across the country, Kevin J. Hayes corrects this misconception and reconstructs the active intellectual life that has gone largely unnoticed in conventional narratives of Washington. Despite being a lifelong reader, Washington felt an acute sense of embarrassment about his relative lack of formal education, and in this sparkling literary biography, Hayes illustrates just how tirelessly Washington worked to improve. Beginning with the primers, forgotten periodicals, conduct books, and classic eighteenth-century novels that shaped Washington's early life, Hayes studies Washington's letters and journals, charting the many ways the books of his upbringing affected decisions before and during the Revolutionary War.

George Washington: A Life in Books