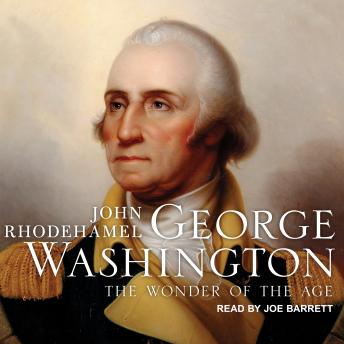 George Washington: The Wonder of the Age

As editor of the award-winning Library of America collection of George Washington's writings and a curator of the great man's original papers, John Rhodehamel has established himself as an authority of our nation's preeminent founding father. Rhodehamel examines George Washington as a public figure, arguing that the man-who first achieved fame in his early twenties-is inextricably bound to his mythic status. Solidly grounded in Washington's papers and exemplary in its brevity, this approachable biography is a superb introduction to the leader whose name has become synonymous with America.

George Washington: The Wonder of the Age