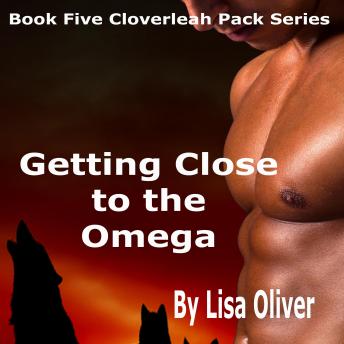 Getting Close To The Omega

Can be read as a standalone.


Dean Weir has finally found happiness in his position as Omega wolf of the Cloverleah pack. He has his friends, his work and his art and he has never looked for anything else. Badly abused by his ex-home pack and Alpha, Dean keeps his head down and stays out of trouble. That is, until his mate joins the pack.


Matthew Charmichael is over a hundred years old and has been a lone wolf for longer than he can remember. Joining the Cloverleah pack after he heard they were having trouble with another wolf shifter, Matthew is overjoyed to find his mate is the cute little Omega of the small pack. But Dean's past, and the constant attacks on the pack from the mysterious Kylan, could mean that Matthew and Dean won't get their HEA after all. Can Dean overcome his past, and embrace the powers that a claimed Omega is purported to have, or will his ex-pack kill him before he and Matthew have a chance.


Warning: This is a love story between two male wolf shifters. It includes graphic depictions of sex between men as well as some violence and coarse language. Historical abuse themes are referred to, but not described.

Getting Close To The Omega

This title is due for release on June 23, 2019
We'll send you an email as soon as it is available!