The Ghost: A Novel 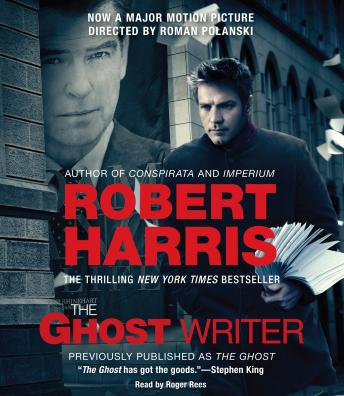 From the bestselling author of Fatherland and Imperium comes The Ghost Writer, an extraordinarily auspicious thriller of power, politics, corruption, and murder—now a major motion picture starring Ewan McGregor and Pierce Brosnan.

The role of a ghostwriter is to make his client look good, not to uncover the truth. But what happens when the client is a major political figure, and the truth could change the course of history? Adam Lang, the controversial former prime minister of Britain, is writing his memoirs. But his first ghostwriter dies under shocking circumstances, and his replacement—whose experience lies in portraying aging rock stars and film idols—knows little about Lang’s inner circle. Flown to join Lang in a secure house on the remote shores of Martha’s Vineyard in the depths of winter, cut off from everyone and everything he knows, he comes to realize he should never have taken the job.