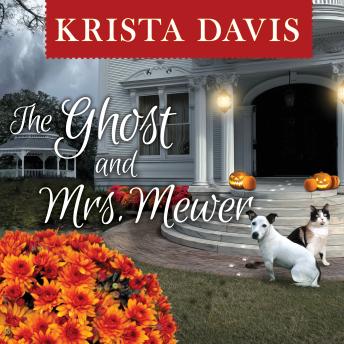 The Ghost and Mrs. Mewer

Holly Miller doesn't believe in spirits, but the Sugar Maple Inn is filled with guests who do. The TV series in development, Apparition Apprehenders, has descended on Wagtail's annual Halloween festivities to investigate supernatural local legends, and Holly has her hands full showing the ghost hunters a scary-fun time.

But the frights turn real when Holly's Jack Russell, Trixie, and kitten, Twinkletoes, find a young woman drowned in the Wagtail Springs Hotel's bathhouse-the spot of the town's most infamous haunting. The crime scene is eerily similar to the creepy legend, convincing Holly that the death wasn't just accidental. Now she'll have to race to catch a flesh-and-blood killer before someone else in town gives up the ghost.