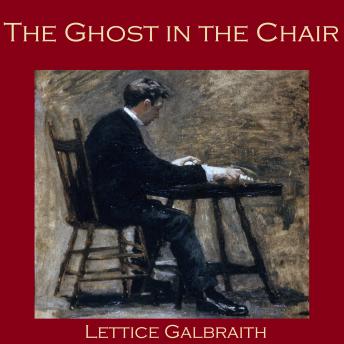 The Ghost in the Chair

Lettice Galbraith is as mysterious as the stories she wrote. She appeared on the literary scene in 1893 with a rash of short stories and one novel, published another story four years later, and then disappeared without a trace. Yet despite the brevity of her presence on the literary stage, her supernatural stories have remained popular to this day.

'The Ghost in the Chair' tells the story of a strange shareholders' meeting at a troubled mining company. The chairman arrives, delivers a magnificent and inspirational speech to the 150 stockholders which saves the company from ruin, then departs.

Moments after his exit, the doctor dramatically arrives to announce that the chairman had been found dead two hours previously - and had already been dead for some hours. A search of the dead man's papers reveals something very disturbing indeed....

Ghost in the Chair

This title is due for release on February 20, 2016
We'll send you an email as soon as it is available!