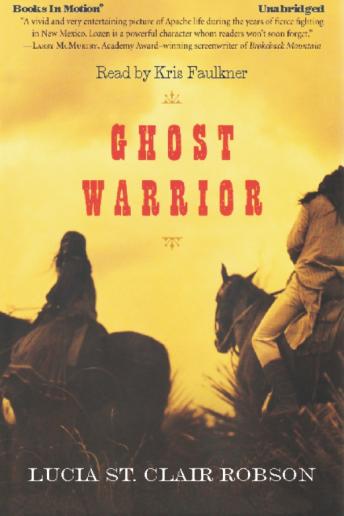 For more than a century, Apaches have kept alive the memory of their hero Lozen. This beautiful, valiant warrior and revered shaman fought alongside Geronimo, Cochise, and her own brother, Victorio, holding out against the armies of both the United States and Mexico. Lozen has known since childhood that the spirits have chosen her to defend Apache freedom. As the U.S. Army prepares to move her people to an Arizona reservation, Lozen forsakes marriage and motherhood to fight among the men. Rafe Collins is a young adventurer and a veteran of the Mexican War. On a dangerous journey between El Paso and Santa Fe, he builds an unlikely but enduring rapport with Lozen. Together they must undertake a perilous course that will change their lives and American history forever.