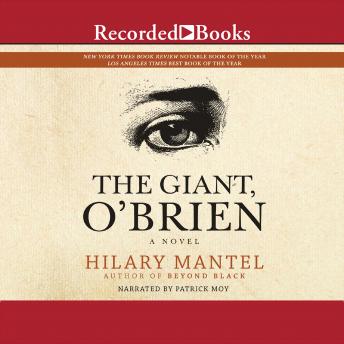 London, 1782: center of science and commerce, home to the newly rich and the desperately poor. In the midst of it all is the Giant, O'Brien, a freak of nature, a man of song and story who trusts in myths, fairies, miracles, and little people. He has come from Ireland to exhibit his size for money. O'Brien's opposite is a man of science, the famed anatomist John Hunter, who lusts after the Giant's corpse as a medical curiosity, a boon to the advancement of scientific knowledge. In her acclaimed novel, two-time Man Booker Prize winning author Hilary Mantel tells of the fated convergence of Ireland and England. As belief wrestles knowledge and science wrestles song, so The Giant, O'Brien calls to us from a fork in the road as a tale of time, and a timeless tale.

This title is due for release on April 18, 2014
We'll send you an email as soon as it is available!