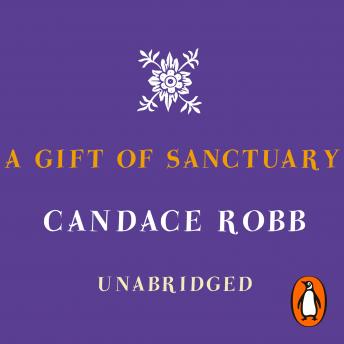 A Gift Of Sanctuary

The sixth medieval whodunnit to feature Owen Archer, one-eyed former soldier and occasional sleuth, opens as he accompanies a pilgrimage to Wales, country of his birth. His task is to recruit archers to send to France, but, with his companion Geoffrey Chaucer, he must also investigate the threat of an uprising against the English led by a charismatic Welshman. As he arrives, a young man is rescued, injured, from Whitesands Beach outside St. David's, by the poet Dafydd ap Gwylim, and given refuge. And at the gateway to the city the body of a man is found, stabbed to death. Owen wants only to resolve his business and return to York. But the ramifications of the murder upset his plans and he must become involved. . .