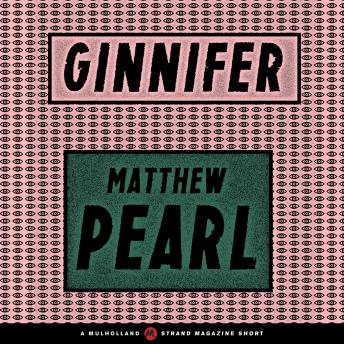 A man convicted of murdering his wife finds an unlikely champion in this short story by the bestselling author of The Dante Club.

Our narrator is a man convicted of first-degree murder with only one person on his side: Ginnifer. After seeing him on TV and becoming obsessed with the case, Ginnifer devotes herself to overturning his sentence. Eventually, Ginnifer's friendship turns into something more -- but the closer they become, the more the relationship turns into a prison of its own.

'Ginnifer' by Matthew Pearl is one of 20 short stories within Mulholland Books's Strand Originals series, featuring thrilling stories by the biggest names in mystery from the Strand Magazine archives. View the full series list at mulhollandbooks.com and listen to them all!