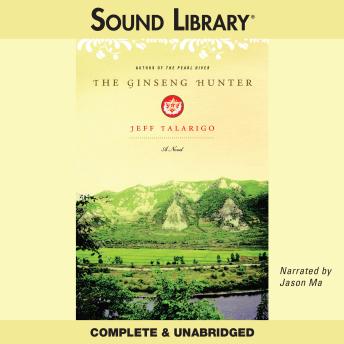 Set at the turn of the twenty-first century in China along the Tumen River, which separates northeast China and North Korea, The Ginseng Hunter follows the daily life of a Chinese ginseng hunter, who lives alone in the valley, spending his days up in the mountains looking for ginseng and preparing for winter. He is little aware of the world outside until shadowy figures hiding in the fields, bodies floating in the river, and rumors of thievery and murder begin to intrude on his cherished solitude. On one of his monthly trips to Yanji where he buys supplies and visits a brothel, he meets a young North Korean prostitute. Through her vivid tales, the tragedy occurring across the river unfolds, and over the course of the year the hunter unnervingly discovers that the fate of the young woman and those of four others rest in his hands.