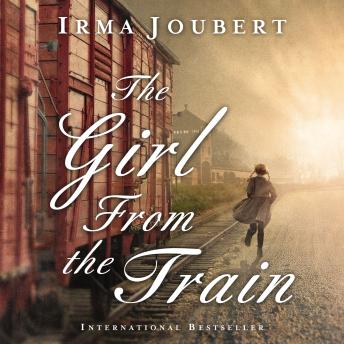 The Girl From the Train

Six-year-old Gretl Schmidt is on a train bound for Auschwitz. Jakób Kowalski is planting a bomb on the tracks.

As World War II draws to a close, Jakób fights with the Polish resistance against the crushing forces of Germany and Russia. They intend to destroy a German troop transport, but Gretl’s unscheduled train reaches the bomb first.

Gretl is the only survivor. Though spared from the concentration camp, the orphaned German Jew finds herself lost in a country hostile to her people. When Jakób discovers her, guilt and fatherly compassion prompt him to take her in. For three years, the young man and little girl form a bond over the secrets they must hide from his Catholic family.

But she can’t stay with him forever. Jakób sends Gretl to South Africa, where German war orphans are promised bright futures with adoptive Protestant families—so long as Gretl’s Jewish roots, Catholic education, and connections to communist Poland are never discovered.

Separated by continents, politics, religion, language, and years, Jakób and Gretl will likely never see each other again. But the events they have both survived and their belief that the human spirit can triumph over the ravages of war have formed a bond of love that no circumstances can overcome.

Praise for The Girl from the Train:

“A riveting read with an endearing, courageous protagonist . . . takes us from war-torn Poland to the veldt of South Africa in a story rich in love, loss, and the survival of the human spirit.” —Anne Easter Smith, author of A Rose for the Crown

I loved this book. It was heartwarming and interesting. Narration was great too.

This tale has all the wonders sad scary strong joyful story. It is very descriptive and lets you walk through time and several worlds. I loved it !

Fantastic book, sad, jubilant, suspenseful all at one time. You always want to know more about each character. They are exquisitely portrayed. Narration is beautiful.