Girl in a Blue Dress: A Novel Inspired by the Life and Marriage of Charles Dickens 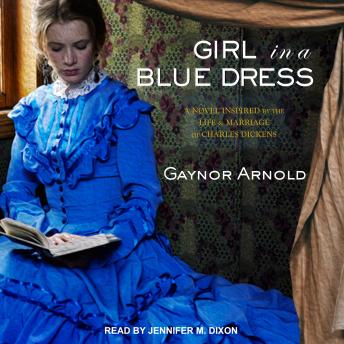 Girl in a Blue Dress opens on the day of Alfred's funeral. Dorothea is not among the throngs in attendance when The One and Only is laid to rest. Her mourning must take place within the walls of her modest apartment, a parting gift from Alfred as he ushered her out of their shared home and his life more than a decade earlier. Even her own children, save her outspoken daughter Kitty, are not there to offer her comfort-they were poisoned against her when Alfred publicly declared her an unfit wife and mother. Though she refuses to don the proper mourning attire, Dodo cannot bring herself to demonize her late husband, something that comes all too easily to Kitty.

Instead, she reflects on their time together: their clandestine and passionate courtship, when he was a force of nature and she a willing follower; and the salad days of their marriage, before too many children sapped her vitality and his interest. She uncovers the frighteningly hypnotic power of the celebrity author she married. Now liberated from his hold on her, Dodo finds the courage to face her adult children, the sister who betrayed her, and the charming actress who claimed her husband's love and left her heart aching.

Girl in a Blue Dress: A Novel Inspired by the Life and Marriage of Charles Dickens