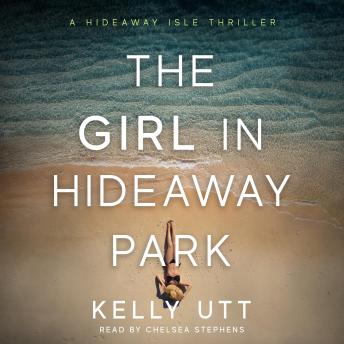 The Girl in Hideaway Park

Basia Guthrie has always been a loner. Abandoned by her father, then ignored and neglected by her mom and a handful of detached stepparents, she grew up knowing the only things she could count on were her own smarts and ingenuity.

Now an adult, Basia makes rent by painting portraits of tourists and reading their palms. When her predictions begin to come true, word spreads fast. At first, notoriety has its benefits. But things take a dangerous turn as a man from Basia’s past returns to haunt her future.

Are Basia’s psychic abilities real? Will she be savvy enough to avoid getting in over her head? And what does it all mean for other residents of the island?

The Girl in Hideaway Park is a gorgeously gripping, deep and suspense-filled novel that explores the fear of exposure, the limits of fate, and the magic of resilience. It’s the second book in the Hideaway Isle series and the perfect beach listen.


About the Hideaway Isle Series:

It’s paradise on the sparkling tropical shores of Hideaway Isle, Florida. A place where vacationers go to get away and residents enjoy year-round luxury.

Despite postcard-worthy appearances, there’s trouble in paradise. Lurking just beyond the sun, sand, and sea are threats that promise to wreak havoc in this seemingly idyllic utopia.

With riveting turns that will leave you breathless, each Hideaway Isle novel features a deep dive into the ongoing story, told from a different islander’s point of view.

Buy The Girl in Hideaway Park today for an emotional, pulse-pounding listen you won't soon forget.

This title is due for release on April 21, 2021
We'll send you an email as soon as it is available!