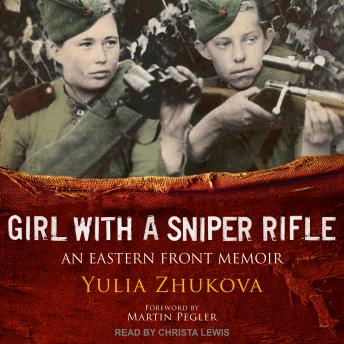 Girl With A Sniper Rifle: An Eastern Front Memoir

Luliia was a dedicated member of the Komsomol (the Soviet communist youth organization) and her parents worked for the NKVD. She started at the sniper school and eventually became a valued member of her battalion during operations against Prussia.

She persevered through eight months of training before leaving for the Front on 24th November 1944 just days after qualifying. Joining the third Belorussian Front her battalion endured rounds of German mortar as well as loudspeaker announcements beckoning them to come over to the German side.

Luliia recounts how they would be in the field for days, regularly facing the enemy in terrifying one-on-one encounters. She sets down the euphoria of her first hit and starting her 'battle count' but her reflection on how it was also the ending of a life.

Like her famous counterpart Pavlichenko she gained recognition but struggled to come to terms with war service. Haunted by flashbacks she burned the letters she sent home from the Front. She later discovered that of the 1885 graduates of her sniper school only 250 had died in war.

Girl With A Sniper Rifle: An Eastern Front Memoir