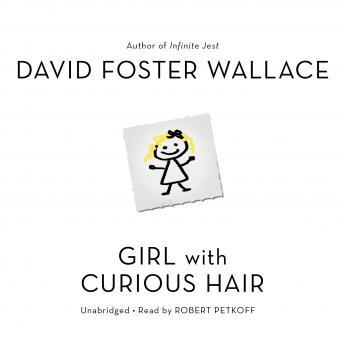 For the first time ever available as an audiobook, Girl with Curious Hair is being produced as part of Hachette Audio's ambitious David Foster Wallace audiobook publishing program, joining Brief Interviews with Hideous Men, Consider the Lobster, and This is Water. (Broom of the System will be released in June 2010.)

David Foster Wallace was one of the most prodigiously talented and original young writers in America today, and Girl with Curious Hair displays the full range of his gifts. From the eerily 'real,' almost holographic evocations of historical figures like Lyndon Johnson and overtelevised game-show hosts and late-night comedians to the title story, where terminal punk nihilism meets Young Republicanism, Wallace renders the incredible comprehensible, the bizarre normal, the absurd hilarious, the familiar strange.