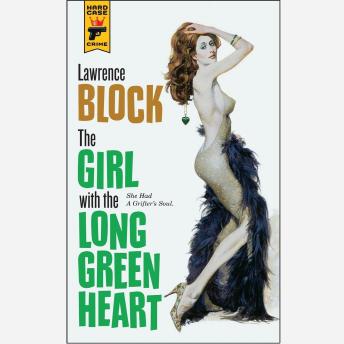 The Girl with the Long Green Heart

She was every man's dream - and one man's nightmare.

Johnny Hayden and Doug Rance had a scheme to take real estate entrepreneur Wallace Gunderman for all he was worth. But they needed a girl on the inside to make it work. Enter Evelyn Stone: Gunderman's secretary, his lover - and his worst enemy. Gunderman had promised to marry her, but never came through. Now she's ready to make him pay...

"Alan Sklar's experience doing radio and TV commercials serves him well as he impersonates Johnny, who pitches the deal to Gunderman. You believe every word he says in his warm, gravelly voice even though you know Johnny is lying through his teeth. Sklar also zeros in on Gunderman's smarmy self-assuredness and Evelyn's sexy persuasiveness as she worms her way into the scheme. This was written in 1965, before audiobooks became popular, but it makes the transition nicely." --AudioFile

Girl with the Long Green Heart

This title is due for release on May 1, 1985
We'll send you an email as soon as it is available!