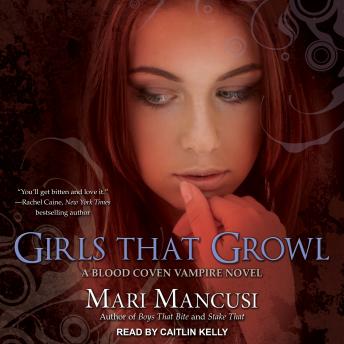 Rayne McDonald thought getting into the Blood Coven was the hard part. But now there's a new breed of trouble in town . . . and the former slayer and her vampire boyfriend may be the only ones who can stop it.

Now that she's an official vampire and full-fledged member of The Blood Coven, Rayne assumes her vampire slaying days are over. Sure, she doesn't have any vampire powers, thanks to a mutated blood virus, but she and Jareth can go out in the sun, which is a pretty good trade-off.

But just when Rayne's starting to enjoy her afterlife, she's contacted by Slayer Inc once again. It seems that a member of her high school's football team has disappeared-and the powers-that-be think the cheerleaders had something to do with it.

Now Rayne has to infiltrate the squad before the cheerleaders have a chance to sink their teeth into someone else . . .