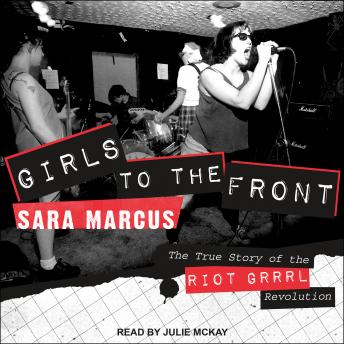 Girls to the Front: The True Story of the Riot Grrrl Revolution

Girls to the Front is the epic, definitive history of the Riot Grrrl movement: the radical feminist punk uprising that exploded into the public eye in the 1990s, altering America's gender landscape-and soundscape-forever. Author Sara Marcus, a cultural historian and critic who's written for Rolling Stone, the New Republic, the Los Angeles Times, and The Nation, interweaves research, interviews, and her own memories as a Riot Grrrl front-liner. Her passionate, sophisticated narrative brilliantly conveys the stories of punk bands like Bikini Kill, Bratmobile, and Heavens to Betsy-whose successors include Sleater-Kinney, Partyline, and Kathleen Hanna's Le Tigre-as well as the legions of young feminists who listened up, became inspired, and made their own revolution.

Girls to the Front: The True Story of the Riot Grrrl Revolution