The Girls with Games of Blood 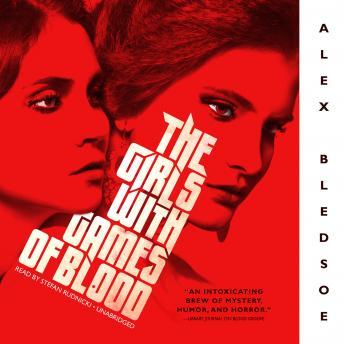 Old World vampire Baron Rudolfo Zginski, staked in 1915 Wales, rises anew in 1975 Memphis. Through a group of modern vampires, including the beautiful perpetual teenager Fauvette, he has learned to navigate this new era and prepares to reclaim his former wealth and power. But fresh dangers lurk in this society of funk, fast cars, and racial tension. A celebrity sheriff cheated by Zginski becomes obsessed with revenge. Fauvette and Leonardo, another young vampire, begin to question his leadership. And two mysterious vampire sisters, who have nursed a lethal grudge since the Civil War, converge on Zginski. One is dark and serious and can draw energy without killing; the other is light, scheming, and without a conscience. Zginski must use all of his wits and vampiric powers if he is to survive the girls with their games of blood.

Girls with Games of Blood