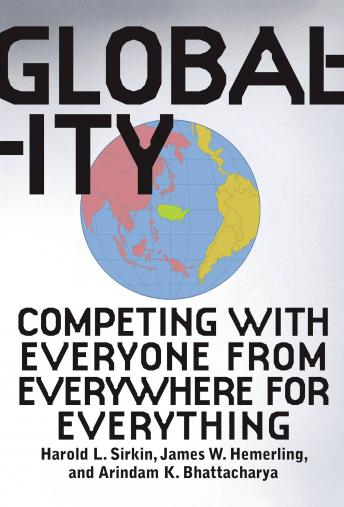 Globality: Competing with Everyone from Everywhere for Everything

You know those news reports that show how American students lag way behind kids from other far-off countries when it comes to scoring on standard math, science, and technology tests?

Well, those kids from those far off lands have now grown up and are eager to claim the world as their turf.

Globalization is about Americans outsourcing product development and services to other countries. Globality is the next step, where rapidly developing economies from around the world are now competing with us head to head. The authors present a strong case that the economic climate in which we have lived is going to change in unprecedented ways.

Over the past five years, Hal Sirkin, Jim Hemerling and Arindam Bhattacharya of the prestigious Boston Consulting Group have completed an exhaustive study of more than 3,000 companies operating in the new emerging market economies of China, India, Brazil, Mexico, Russia and Eastern Europe. Sirkin, Hemerling and Bhattacharya believe that these companies that seem obscure today will be the GMs, Monsantos, Apples, Proctor and Gambles and Toyotas of the future.

Globality: Competing with Everyone from Everywhere for Everything

This title is due for release on June 11, 2008
We'll send you an email as soon as it is available!