Globish: How the English Language Became the World's Language 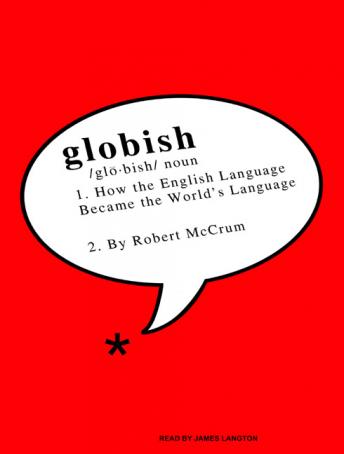 It seems impossible: a small island in the North Atlantic, colonized by Rome, then pillaged for hundreds of years by marauding neighbors, becomes the dominant world power in the nineteenth century. Equally unlikely, a colony of that island nation across the Atlantic grows into the military and cultural colossus of the twentieth century. How? By the sword, of course; by trade and industrial ingenuity; but principally, and most surprisingly, by the power of their common language.

In this provocative and compelling new look at the course of empire, Robert McCrum, coauthor of the bestselling book and television series The Story of English, shows how the language of the Anglo-American imperium has become the world's lingua franca. In fascinating detail he describes the ever-accelerating changes wrought on the language by the far-flung cultures claiming citizenship in the new hegemony. In the twenty-first century, writes the author, English + Microsoft = Globish.

Globish: How the English Language Became the World's Language