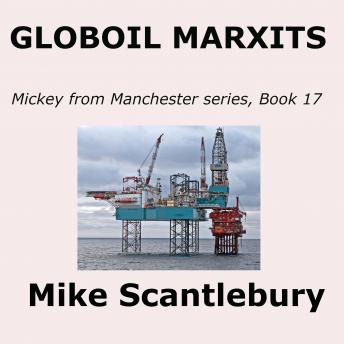 Mickey has retired. Well, that's one thing's that definite. Unfortunately, nobody believes him. Mickey? Retire? The best Secret Agent in the North of England? It doesn't seem possible! So when Mickey bumps into Terry, the technician at the Unit, and the young man asks a favour, Mickey is clear to point out that he can help - but not if it drags him back into his old life. No, it doesn't. Instead, it forces him into far more dangerous territory. For this is Britain in 2019 and foreign foes are still there, out there, across the waves, plotting against the country. They're just not the ones that Mickey is used to. And the methods they're using are not something he's familiar with, either. Computer chips? How can you kill people with computer chips? Mickey finds out, fast. Within hours he is racing across the region, protecting one lot of geeks from the other, and, much to his chagrin, finding himself caught in the middle. It shouldn't be this way, but Melia isn't around, to give him advice, and he is soon completely out of his depth. Ordinarily, he could turn to his best friend Don, a detective in Manchester police, but Don has his own worries. He has a wedding to organise, and a series of accusations to face. Who is accusing him, a policeman, of taking bribes? It doesn't seem possible. Worse, his fiancée, Liv, Melia's cousin, is being harassed at her post at Salford University and finds herself wasting time with her new boss, a serial abuser. Mickey does his best, but he is drawn off course by another old pal, Gulf. This young man used to be an operative like Mickey, but now he is a corporate executive, at one of the largest investment empires in England. He wants Mickey to do things for him, too, but the big man can't cope. People are dying around him and he has no answers. Mickey thinks to himself that he is hanging on by his finger tips, and soon he is, literally.