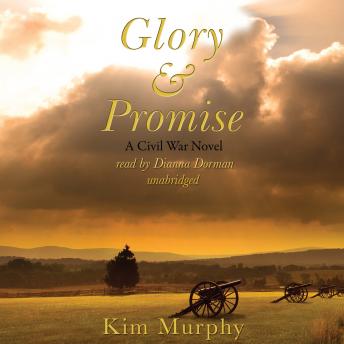 Glory & Promise is the triumphant conclusion to Kim Murphy's acclaimed Civil War saga.Occupied by Union forces, Fredericksburg lies in ruins. After four years of devastating conflict, sisters Amanda and Alice are plunged into the turbulent world of the war's aftermath. Amanda struggles to maintain harmony in her home life, while her husband, Union Colonel Samuel Prescott, strives for order in the newly reunited country. But with the demise of the Confederacy, Alice's husband, William Jackson, has lost his command and must finally face the haunting truth about his past. The guns on the battlefield have been silenced, but war rages on within all hearts, ready to explode.

This title is due for release on August 26, 2009
We'll send you an email as soon as it is available!