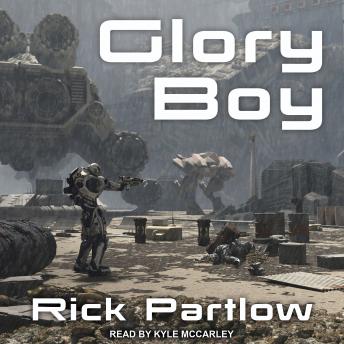 Caleb Mitchell gave up everything to protect his home. Shunned by friends and family for abandoning the pacifist beliefs of their religion, abandoned by the love of his life, he left his homeworld of Canaan to go to the Commonwealth Military Academy on Earth and train to fight in the looming war against the implacable alien threat of the Tahni Imperium. When a training mission with a crew of cadets winds up caught in the middle of one of the worst battles of the war, Cal and his fellow students are officially declared dead.

That's when their war really begins. Recruited for a top-secret special operations unit, Cal and his friends undergo experimental and dangerous physical augmentation that turns them into supersoldiers, designed to take the fight behind enemy lines and put the fear of God into an alien society who thinks their Emperor is God personified.

Now Caleb is asked to sacrifice his very humanity to protect his people. But when Canaan itself is threatened by the Tahni, will he throw away his career and risk everything to save the people who turned their backs on him?