Gnosticism: The History and Legacy of the Mysterious Ancient Religion 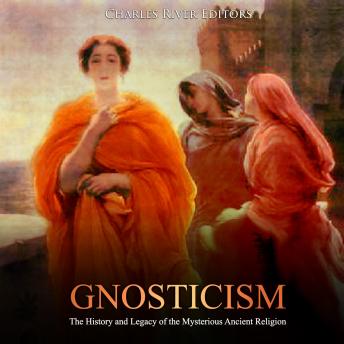 Gnosticism is one of the great mysteries in the history of Western religion. At its core is an ancient Greek word, gnōsis, a word prominent in the writings of Plato which refers to a deep personal knowledge or understanding that often transcends the physical world.[1] The Gnostics painted a picture of a fallen, broken world in which physicality was a product of a lesser deity. This deity was created in defiance of the One and in order to trap humans and blind them to the truths of their predicament and divine origins. By acquiring insight, or gnōsis, in this secret nature of the world, humans might escape their prison. Only through knowledge can people be set free.

As that makes clear, Gnosticism as a belief system is difficult to define since it is not a well-organized or uniform doctrine like Christianity or Judaism, but at one time there was some synchronization with Christianity that nurtured both movements. As a religion and philosophy, Gnosticism flourished alongside Christianity, and it is not easy to say which one came first, but it is certain that both movements influenced each other. To paraphrase John Dominic Crossan, it is unclear whether Gnosticism was a Christian heresy, a Jewish heresy, or an original religion that powerfully merged with both. Gnosticism borrowed elements from Christians, just as the whole of Christianity took a certain Gnostic flavor, to the point that some books of the New Testament, especially the Gospel of John, could easily pass as a proto-Gnostic document.

At the risk of oversimplifying, Gnosticism was the belief that the souls are divine sparks imprisoned in imperfect physical bodies, due to the machinations of a lesser and evil god who created the world. This evil god is identified with the creator of the Genesis and the Hebrew Bible. The material world and the body are prisons separated from the divine realm, from which humans must escape through the ascent of various levels. This is possible through the acquisition of secret knowledge reserved for the elect. This special revelation or gnosis (knowledge) was supposedly disclosed by Jesus to his dearest disciples, and it can be found in the Gnostic books, deliberately written in cryptic language. The acquisition of the secrets necessary for the salvation of the soul in many cases implied a radical asceticism and corporal sacrifice.

Due to such classical roots, it would be easy to conclude that Gnosticism is an ancient philosophy, and a cursory glance might categorize it as simply a way of understanding the world and promoting investigation. However, the term is most often used to describe not a philosophy but a religion, and not just any religion, but a branch of one of the most resilient and influential traditions in history: Christianity. So what exactly is Gnosticism, and why does it remain such a source of confusion, captivation, and charisma for modern scholarship and culture alike? These answers are complex, and indicative of how the many turnings of the last two millennia have unexpectedly unearthed some answers while burying others even deeper.

Gnosticism: The History and Legacy of the Mysterious Ancient Religion looks at the different origins that shaped Gnosticism, what Gnostics believed and practiced, and the influence they had on other religions. Along with pictures depicting important people, places, and events, you will learn about Gnosticism like never before.

Gnosticism: The History and Legacy of the Mysterious Ancient Religion