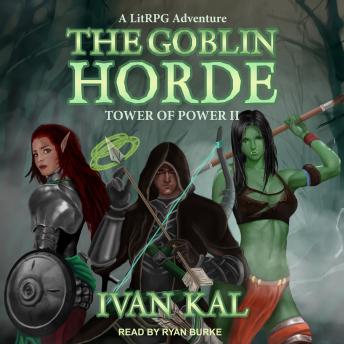 The Goblin Horde: A LitRPG Adventure

A new life on another world!

Morgan used to be a pretty chill dude, until he got hit by a car, died, and then got sent to another world by a god-not-god. A world where the only way to survive was to level and grow strong enough to survive all the monsters that wanted to eat your face. If he was being completely honest with himself, Morgan quite liked this world, even with all the monsters and the lack of electricity. Sure, there were people that were technically gods, running around and interfering with his life, but who didn't have problems?

Things weren't all that bad; Morgan found friends, who included bad-ass elven twins, an orc, and a descendant of a Roman General from an alternate version of Earth, and together with them he founded a Guild, got some followers, and basically became a ruler.

So yeah, not all too bad-except that he now had several towns and villages of people looking to him for guidance and protection. And to make matters worse, a new Goblin King had risen and united the tribes in the mountains. Now they had a goblin horde on the way, and Morgan and his friends had to figure out a way to protect them all. Should be easy, right?