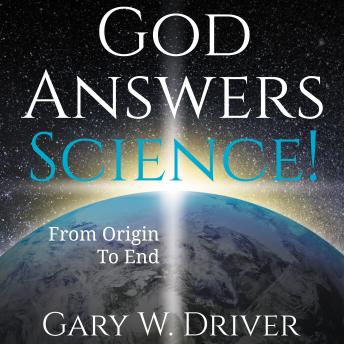 This book demystifies the so-called God-Science debate. Driver takes on the big questions of our origin and existence while turning the assertion of the Bible's incompatibility with science on its head, including an unprecedented scientific account of Genesis. Science is God's witness as Creator and affirms the Bible is the divine word of God. Direct answers to major scientific phenomena such as the Higgs field, General Relativity, Dark Matter, Dark Energy, Accelerating Universe, Flat Universe, Plate Tectonics, Mass Extinctions, etc., contribute to the extraordinary evidence. This evidence affirms God as the first cause, fine-tuner, and designer of the universe.

This title is due for release on December 13, 2018
We'll send you an email as soon as it is available!