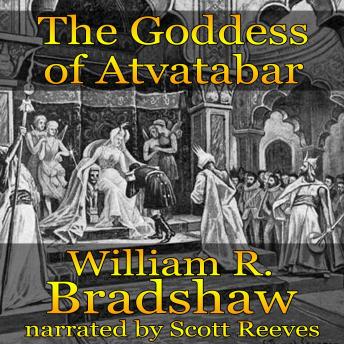 Lexington White, upon inheriting the wealth of his rich father, wants to use his new-found fortune to become the first explorer to reach the North Pole. He sets forth with his hired crew on the Polar King, a massive steam ship. But instead of reaching their destination, they sail through an opening in the polar region, and discover a vast new world inside the hollow Earth.

There, in the utopian country of Atvatabar, where the people strive to perfect both body and spirit, Lexington falls in love with a celibate living goddess, and in doing so, ignites a religious revolution that sparks an all-out civil war, putting the interior world in danger.

Filled with adventure, philosophical reflection, romance, and sprawling sea and aerial battles, The Goddess of Atvatabar is a classic of late 19th-century Utopian fantasy literature.