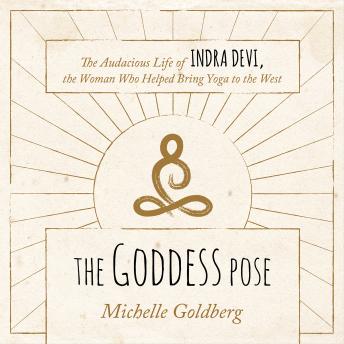 The Goddess Pose: The Audacious Life of Indra Devi, the Woman Who Helped Bring Yoga to the West

When the woman who would become Indra Devi was born in Russia in 1899, yoga was virtually unknown outside of India. By the time of her death, in 2002, it was being practiced everywhere, from Brooklyn to Berlin to Ulaanbaatar.

Born into the minor aristocracy (as Eugenia Peterson), Devi grew up in the midst of one of the most turbulent times in human history. Forced to flee the Russian Revolution as a teenager, she joined a famous Berlin cabaret troupe, dove into the vibrant prewar spiritualist movement, and, at a time when it was nearly unthinkable for a young European woman to travel alone, followed the charismatic Theosophical leader Jiddu Krishnamurti to India. Once on the subcontinent, she performed in Indian silent cinema and hobnobbed with the leaders of the independence movement. But her greatest coup was convincing a recalcitrant master yogi to train her in the secrets of his art.

Goddess Pose: The Audacious Life of Indra Devi, the Woman Who Helped Bring Yoga to the West