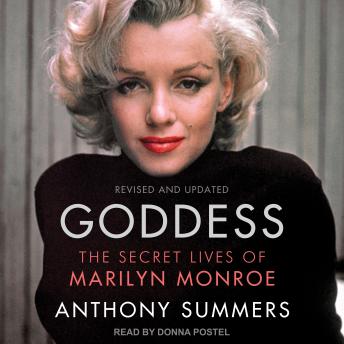 Marilyn Monroe, born to deprivation and a series of foster homes, became an acting legend of the twentieth century. She married famous men, Joe DiMaggio and playwright Arthur Miller, and her many lovers included President John F. Kennedy. Her death, at thirty-six, is a mystery that remains unsolved to this day.

Anthony Summers interviewed 600 people for this book, which reveals unknown truths, some funny, some very sad, about this brilliant but troubled woman. First to gain access to the files of Monroe's last psychiatrist, he throws light on Monroe's troubled psyche and her addiction to medications. He establishes once and for all that she was intimately involved with John and Robert Kennedy, who probably covered up the circumstances of her death.