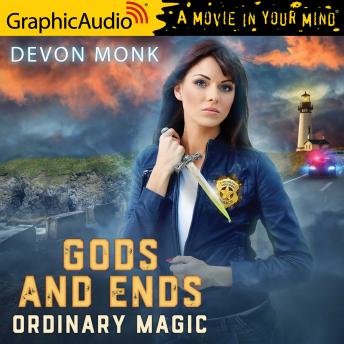 Keep your gods close and your monsters closer...

But some secrets run deeper than even she knows. To take down an ancient vampire hell-bent on revenge, she will have to make the hardest decision of her life: give up the book of dark magic that can destroy them all, or surrender her mortal soul.

As she weighs her options, Delaney discovers she can no longer tell the difference between allies keeping secrets and enemies telling the truth. Questioning loyalties and running out of time, Delaney must choose sides before a kidnapping turns into murder, before rival crochet and knit gangs start a war, and before the full moon rises to signal the beginning of Ordinary's end.