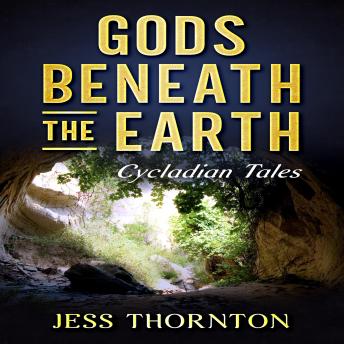 Gods Beneath the Earth: Cycladian Tales

Simon Stanton, archeologist, has tumbled into the underground world of the Neanderthal, who call themselves Cycladians. Amazed at their cultural achievements, he studies under their tutelage. Along with a beautiful Cycladian girl, he travels above ground into the city of Chicago, and discovers the decadent mess that has become of that city, and actually all the world.


As a cloistered, small college Iowa professor, he had had no idea of the utter depravity that has overtaken urban America, and especially the black race. From deadly confrontations with the corrupt police, and with a racially charged University professor, he is running for his life, unearthing rampant corruption and liberal white racism towards their own wherever he goes!


In addition, he has found that the white race above ground does not have long to live, since the Cycladians have learned long since that the sunspots and radiation is very damaging to those with light skin and Neanderthal/Cycladian DNA. And the sunspot activity is markedly increasing...


Without the incredible advanced technology of the Cycladians all of the white race is doomed- and even then, perhaps most of those who live aboveground are doomed already.


While this is a fantasy book, much of Simon's adventures depict very real problems amongst out present day cities, and in most of our culture today. Sometimes, there is more truth in the fantastic of fiction than is reported in the journalism and academics of our current day!

Gods Beneath the Earth: Cycladian Tales

This title is due for release on March 1, 2020
We'll send you an email as soon as it is available!