The Gods' Day to Die 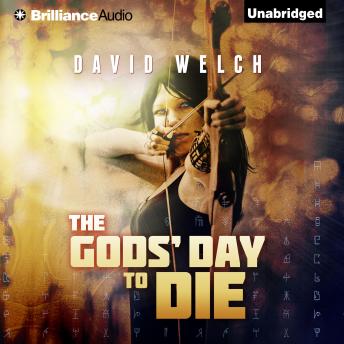 Desmond Taylor—a free-spirited loner and heir to a family fortune—didn’t mean to fall in love. But when he stumbles upon a beautiful archer deep in the wilderness, they begin an electrifying and wild romance like no other. To make matters even more complicated, the woman is the goddess Artemis.

Like her Mount Olympus kin, Artemis has walked among mortals for thousands of years. But Desmond and Artemis’s isolated paradise is violently shattered when they’re tracked down by the goddess Athena’s insane mortal son: a man hell-bent on killing every last god.

Thrown into a fight to the death, Desmond finds himself traveling the globe at Artemis’s side, dodging bullets and proving himself as a fighter. Now, the gods must come together to defend themselves—or risk dying violently at the hands of the psychopath who is hot on their heels. While they are skilled in battle, there are but a few gods left to fight the steady onslaught of mercenaries sent by their vicious nemesis. Can Desmond stop the massacre of the last immortals, or could this truly be the gods’ day to die?