Going Home: A Novel of the Civil War 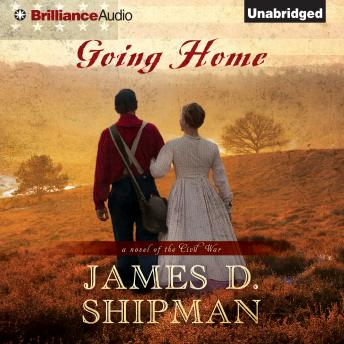 Brought to the New World from Ireland, young Joseph Forsyth is soon betrayed by his alcoholic father and separated from his beloved family. As he grows older, he finds his kind nature exploited by others—including an alluring young woman named Lucy—until he gets swept away by the conflict that divides a nation.
After the bloody siege of Petersburg, Joseph floats in and out of consciousness at a Union army hospital. Keeping vigil at his side is Rebecca Walker, a nurse and widow all too familiar with the horrors of war. As Joseph fights for his life and Rebecca struggles to follow her heart, both face a devastating choice: whether to hang on to the wounds of the past or move on to an uncertain future.
From the fields of Ireland to the metropolis of Quebec to the battlefields of Virginia, Going Home follows one man’s quest for his place in a world still healing from the wreckage of war.

Going Home: A Novel of the Civil War