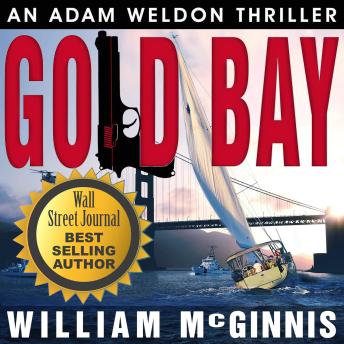 Ex-Navy SEAL Adam Weldon tracks down kidnappers who have the San Francisco Bay Area teetering on the brink of societal collapse. In this wild, irresistible, white-knuckled ride—much of it via sailboat—through not only the Bay’s world-famous watery landscape but also its unique subcultures and quirky neighborhoods, Adam allies with a tech savvy Oakland cop, child sicario hitmen and undercover FBI agent Tripnee to battle an out-of-control Silicon Valley billionaire, a charismatic cult with dark secrets, Bay pirates, an apparently unstoppable cartel well on its way to achieving the total and absolute corruption of the Bay Area, and moral rot extending into the highest reaches of the US government.

In the course of this gripping, life-and-death race against time, Adam comes to understand his extraordinary uncle—and himself—as never before. Could his Uncle Peace, a cantankerous ex-Zen monk, be the key not only to saving the Bay Area—and America—but also to sparking a civilizing cultural and spiritual renaissance?

Excellent thriller. Great location setting. This would have been 5 star but some of the technical details were not quite right (artistic licence,OK). Well worth listening to. Then plan a trip to the SF Bay Area and check out some of the locations detailed in the book.