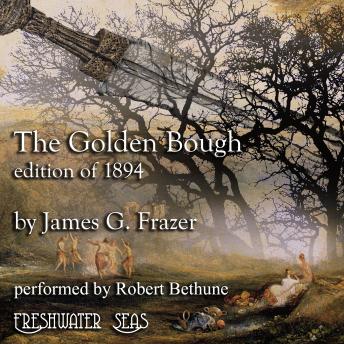 Just as Proust derives an entire world of feeling, people and events from the taste of a madeleine, James G. Frazer brings us into a worldwide survey of religion, folklore, culture, symbolism and ritual using the Priest of Nemi as his starting point. Starting from the image of the lonely, doomed high priest, prowling his precinct night and day, sword in hand, hardly daring to sleep as he awaited the assault of the man who would kill him and take his place, Frazer roams the world of ancient and modern religious and ceremonial practice in search of the underlying universals of human thought.

The Golden Bough quickly took its place in the fields of mythology, anthropology and comparative religion as a classic. Though clearly open to criticism from a modern perspective, it opened pathways of thought and interpretation that enabled later thinkers to explore perspectives that would not have been available otherwise. In many forms and guises, Frazer's ideas have flourished from his day to the present.

This audiobook is based on the 1894 edition of Frazer's classic. This edition runs close to a thousand pages in two volumes, and yet later editions were even longer! The 1894 edition represents the full development of Frazer's thought without demanding quite so much of the reader (or listener).

This title is due for release on December 20, 2013
We'll send you an email as soon as it is available!