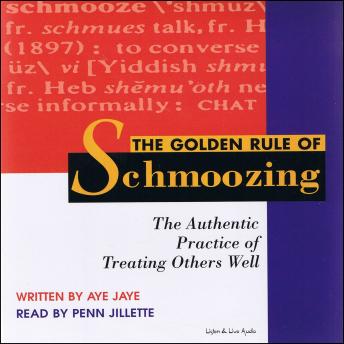 The Golden Rule of Schmoozing

So what is schmoozing?

According to Webster's unabridged dictionary, schmoozing is a yiddish word that means to chat or to converse idly. But today there is a common misconception, the word has come to suggest a con or trickery. It's not. Schmoozing is the Golden Rule at full throttle. It's a thrill and an art form that encourages people to say, "you've made my day" instead of demanding "make my day". It's a technique for turning others on, not taking others on. A schmoozer is someone who talks to people as if they really mattered-and they do!

Read by Penn Jillette, who has been called the most wired magician on this planet, is the more gregarious half of Penn & Teller-the world's most famous magic duo.

This title is due for release on August 17, 2015
We'll send you an email as soon as it is available!