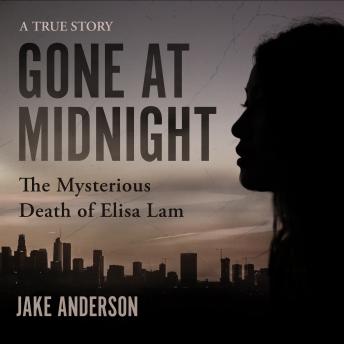 Gone at Midnight: The Mysterious Death of Elisa Lam

Twenty-one-year-old Vancouver student Elisa Lam was last heard from on January 31, 2013, after she checked into downtown LA's Cecil Hotel-a 600-room building with a nine-decade history of scandal and tragedy. The next day, Elisa vanished. A search of the hotel yielded nothing. More than a week later, complaints by guests of foul-smelling tap water led to a grim discovery: Elisa's nude body floating in a rooftop water tank, in an area extremely difficult to access without setting off alarms. The only apparent clue was a disturbing surveillance video of Elisa, uploaded to YouTube in hopes of public assistance.

As the eerie elevator video went viral, so did the questions of its tens of millions of viewers. Was Elisa's death caused by murder, suicide, or paranormal activity? Was it connected to the Cecil's sinister reputation? And in that video, what accounted for Elisa's strange behavior? With the help of web sleuths and investigators from around the world, journalist Jake Anderson set out to uncover the facts behind a death that had become a macabre internet meme.

In Gone at Midnight, Anderson chronicles eye-opening discoveries about who Elisa Lam really was and what-or whom-she was running from, and presents shocking new evidence that may re-open one of the most chilling and obsessively followed true crime cases of the century.

Gone at Midnight: The Mysterious Death of Elisa Lam