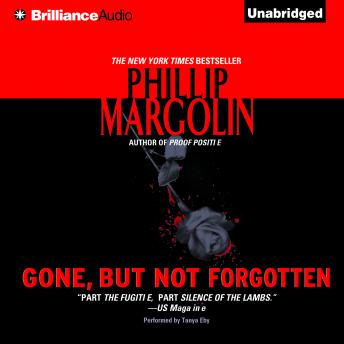 Gone, But Not Forgotten

Darkness has fallen on the city of Portland, Oregon. One by one, the wives of affluent and respected men are vanishing from their homes. The only clues to their disappearance are a single black rose and a note that reads, "Gone, But Not Forgotten." It is the rebirth of a horror that has already devastated a community at the opposite end of the country - and, as it did then, terror and death will follow. Defense attorney Betsy Tannenbaum is trapped in a nightmare as the shadows of a killer darken her world. And she will soon be risking everything she has and everyone she loves to defend a cold, powerful, and manipulating client who may be a victim . . . or a monster. "A bona fide 'page-turner' . . . There are those books that grab readers by the gut and won't let go until the final word has been read in breathless relief. . . . Gone, But Not Forgotten is just such a book." -Seattle Post-Intelligencer

Gone, But Not Forgotten