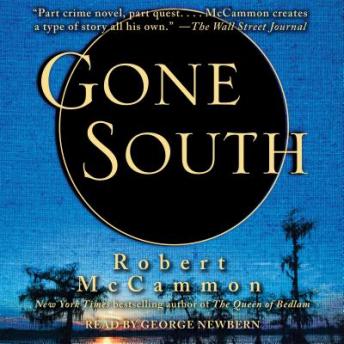 It was hell's season, and the air smelled of burning children....

With “one of the most arresting first sentences in contemporary writing” (The Atlanta Journal-Constitution), Robert McCammon unfurls his visionary masterpiece of survival, redemption, and the astonishing transformations love can create.

Flooded by memories, poisoned by Agent Orange, Dan Lambert kills a man in a moment of fear and fury—and changes his life forever. Pursued by police and bounty hunters, Dan flees south toward the Louisiana bayous. In the swamplands he meets Arden Halliday, a young woman who bears the vivid burdens of her own past, and who is searching for a legendary faith healer called the Bright Girl. Looking for simple kindness in a world that rarely shows it, bound by a loyalty stronger than love, Dan and Arden set off on a journey of relentless suspense and impassioned discovery...over dark, twisting waterways into the mysterious depths of the human heart.

Unique, intriguing and a true classic