Gone to Sea in a Bucket 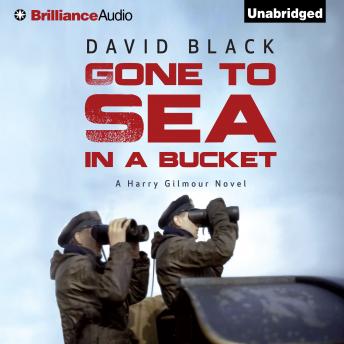 Norway, 1940: Sub Lieutenant Harry Gilmour's first encounter with battleship action is not the adventure he had hoped for. Faced with a thankless task and ill equipped to handle it, Gilmour's inexperience leads to a damning allegation. His future hangs in the balance.

But then Lieutenant Peter Dumaresq steps in to offer him a lifeline-an advanced navigation course that will take him aboard a crack submarine, HMS Pelorus, under the command of a Royal Navy hero. Faced with a possible court martial, Harry chooses life underwater. Once aboard, however, Harry is confronted for the first time by the full horror of submarine warfare. If he can just overcome his fears, it will be the making of him.

Because survival itself is the challenge now. For Harry and the rest of the crew, the next depth charge could be the one that sinks them.

Gone to Sea in a Bucket