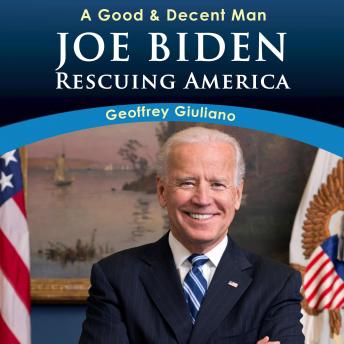 Joseph Robinette Biden Jr. was born November 20, 1942. He is a beloved American politician who served as the 47th vice president of the United States from 2009 to 2017. He represented Delaware in the U.S. Senate from 1973 to 2009. A member of the Democratic Party, Biden is the Democratic presidential nominee for the 2020 election, running against the incumbent, Donald Trump. Biden unsuccessfully sought the Democratic presidential nomination in 1988 and 2008.
Biden was reelected six times to the U.SSenate and was the fourth-most senior senator when he resigned after winning the vice presidency alongside Barack Obama in the 2008 presidential election.[4] Obama and Biden were reelected in 2012. As Vice President, Biden oversaw infrastructure spending in 2009 to counteract the Great Recession.
In January 2017, Obama awarded Biden the Presidential Medal of Freedom with distinction. Biden announced his 2020 candidacy for president on April 25, 2019, and in June 2020, he met the 1,991-delegate threshold needed to secure the party's nomination. This is his story.
Edited by Macc Kay
Production executive Avalon Giuliano
ICON Intern Eden Giuliano
Music By AudioNautix With Their Kind Permission
©2020 Eden Garret Giuliano (P) Eden Garret Giuliano
Geoffrey Giuliano is the author of over thirty internationally bestselling biographies, including the London Sunday Times bestseller Blackbird: The Life and Times of Paul McCartney and Dark Horse: The Private Life of George Harrison. He was heard on the Westwood One Radio Network and has written and produced over seven hundred original spoken-word albums and video documentaries on various aspects of popular culture. He is also a well known movie actor.