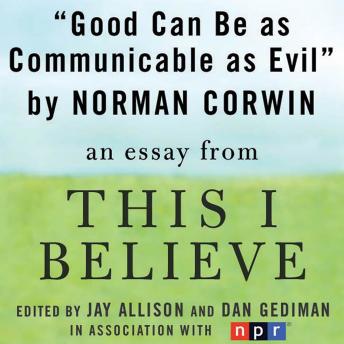 Good Can Be as Communicable as Evil: A 'This I Believe' Essay

Radio producer and screenwriter Norman Corwin reflects on small but contagious acts of kindness and compassion in 'Good Can Be As Communicable As Evil', his contribution to NPR’s This I Believe series.

This short audio essay is an excerpt from the audiobook edition of NPR's This I Believeanthology.