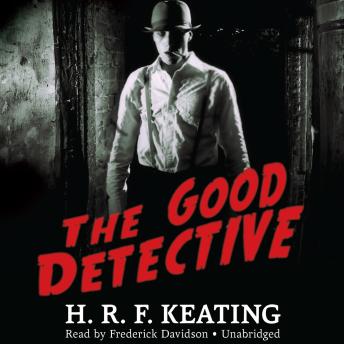 A case from his past is about to ruin Assistant Chief Constable Ned French’s career. Heather Jonas, forced into a false confession to murder after a harrowing late-night interview session with French, has now served fifteen years of her twenty-year sentence. In all that time she’s never appealed against her lot; but now, someone else has confessed, and a citizen’s rights campaigner is determined to get to the truth.
Then, French gets a tip-off which could lead to the biggest coup of his working life. He is reliably informed that the notorious Corrigan cousins are masterminding a huge shipment of cocaine into Britain, and he knows where it’s going to land. Will he be able to pull off the arrest, or will the events from his past overwhelm him before he has the chance? And is he, or is he not, a good detective?